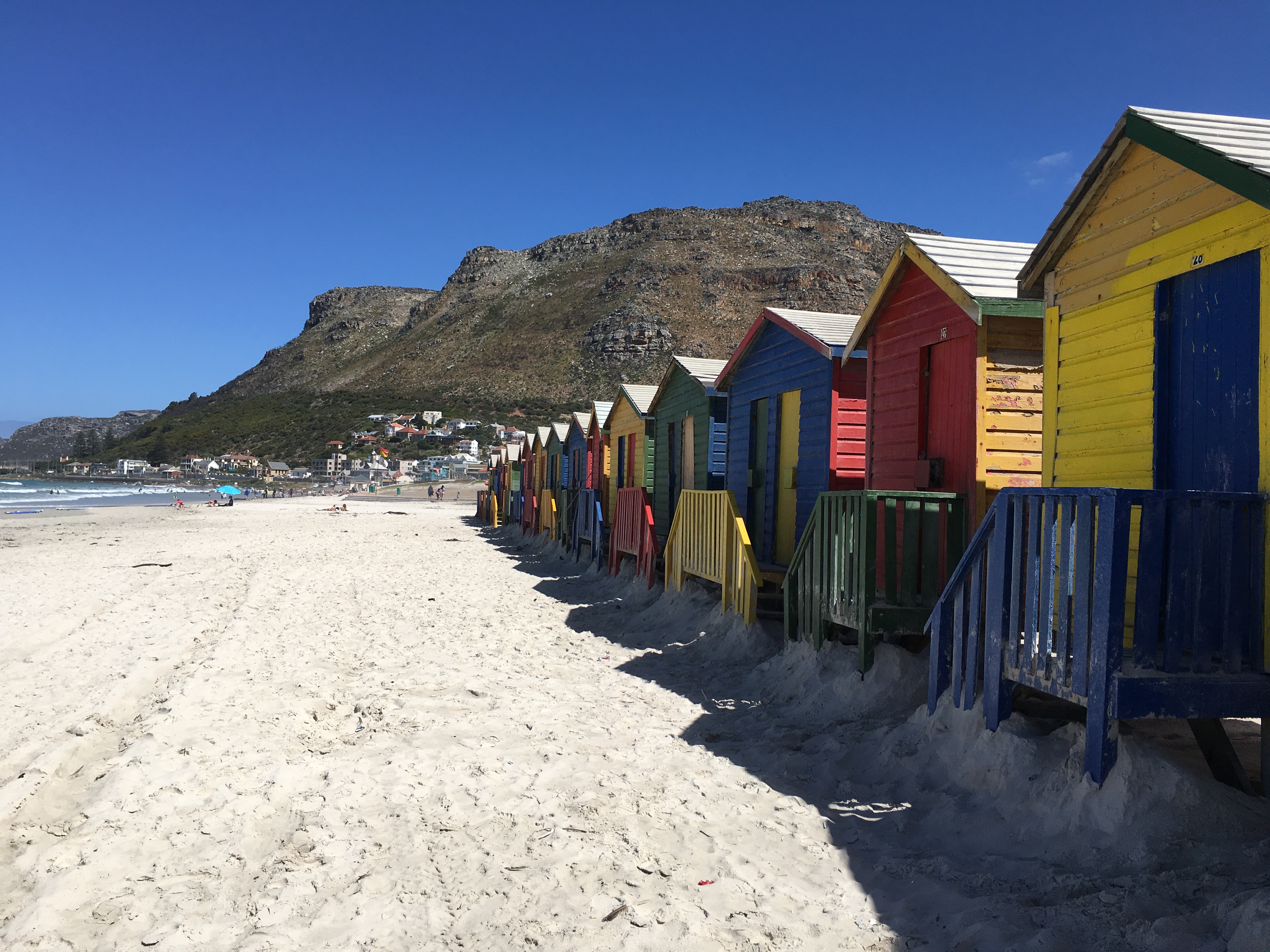 My first week in Cape Town, I stayed in a gorgeous, modern apartment just outside the city center – but, although I might occasionally enjoy the city experience for a few days, “urban” and “modern” are generally not my style. I am more likely to prefer “cozy” surroundings on the outskirts of a city than to be right in the hustle and bustle for long.

My last day in the city, I was already craving more lush and tranquil surroundings, so I spent the afternoon at the Kirstenbosch Botanical Gardens – hands down one of the most gorgeous locations I have ever seen.

On a lark, I decided to join an hourlong guided tour of the garden grounds before exploring on my own. The tour guide for my group was an older gentleman from Namibia – his father, he told us, had been a diamond sorter for De Beers. His accent was so thick that it was a struggle, at first, for me to understand him, but I soon realized he was a treasure trove of information about the garden, so I strained to catch as much as I could.

From enormous trees to tiny flowers carpeting the ground, nothing escaped his attention. He knew the names of every plant, where it came from, who planted it and when, and for what purposes it could be used (medicinal or otherwise). From bugs to birds to woodland creatures, he knew who would pollinate the plants, who would eat them, and who might be sleeping in the bushes and branches all around us. I was downright astounded by his wealth of knowledge and the obvious love he carried for the plants and animals in his domain.

Here are a few snapshots from Kirstenbosch, which don’t begin to capture the mystical beauty of the park: 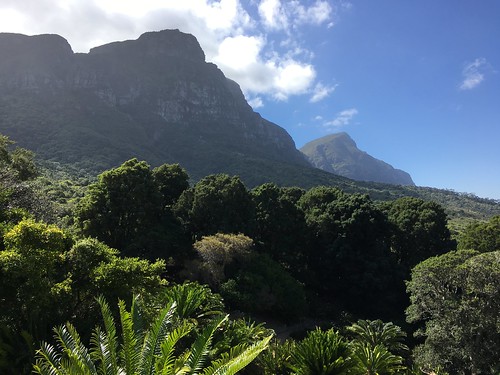 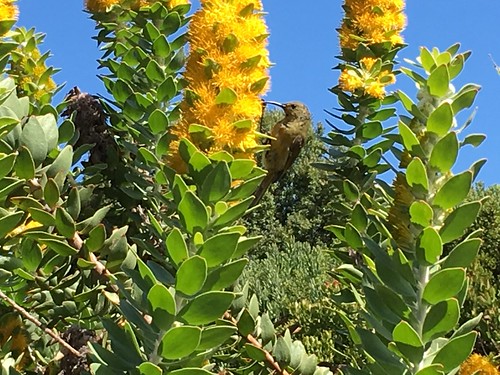 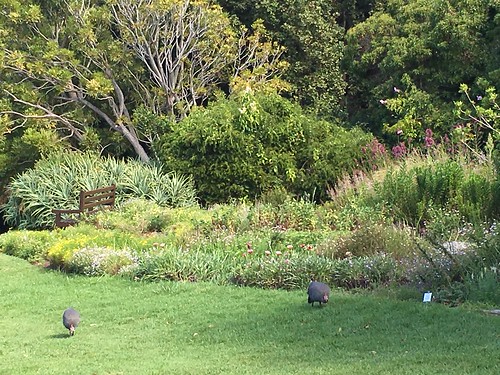 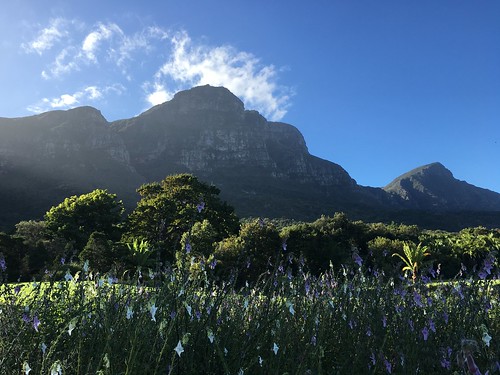 Yesterday was my first day in Muizenberg, a southern suburb of Cape Town where I’ve rented a room for the next month with the intention of creating a “seaside writer’s retreat” for myself. I was drawn to Muizenberg for its reputation as a laid back haven for beach hippies – it’s apparently the “birthplace of surfing” in South Africa – and much of what I have seen so far has proven to be true to form.

If you find yourself in Cape Town and you want to be sipping a cappuccino in front of a giant glass window, watching waves crash on the seaside while you discuss the healing power of crystals or the synergy between quantum physics and gnostic spirituality, you should probably head down to Muizenberg.

If you’re walking down the street barefoot while humming vintage Ani DiFranco tunes, if you’re riding a skateboard through town with a toddler on your shoulders, or if your hair is dyed blue or worn in long dreadlocks tucked into a knit rastacap, then you’re probably already in Muizenberg.

There’s a lot I’m enjoying about being here, but I’m also noticing there are ways that reality has not come into alignment with my quaint little expectations. As a born and bred Californian, it turns out I’ve come to expect my beach hippie vibes served up on a platter of economic privilege. With its barbed wire fences, its trash-strewn alleyways and the scent of car exhaust filling the air at midday, there are some things Muizenberg shares more in common with a rough neighborhood in Brooklyn than with Stinson, Santa Cruz or Encinitas.

None of that means it’s not a great experience to be here – just that I have some adjusting to do, as well as some contemplating about my privilege and my comfort zones, and all I may be missing if I don’t push myself more often to step outside of them.

Here are a few snapshots from Muizenberg beach. The colorful beach huts are a famous local landmark … 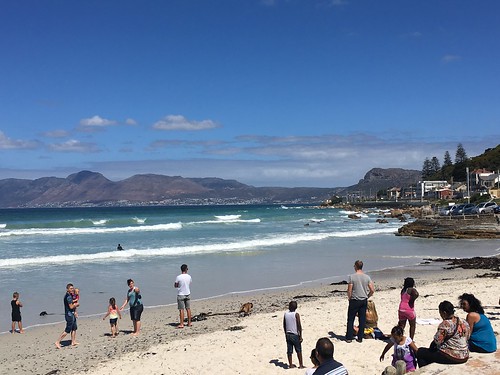 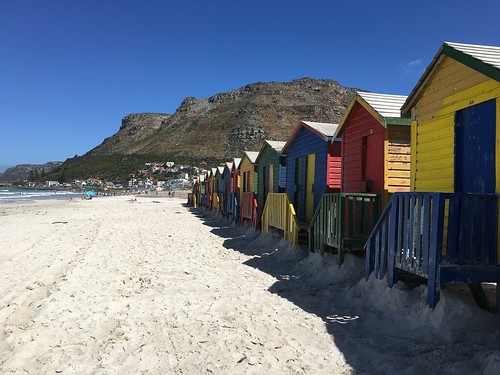 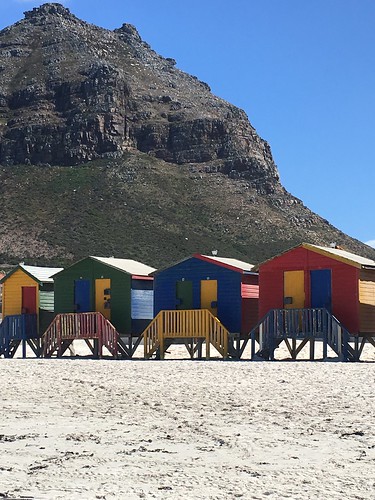